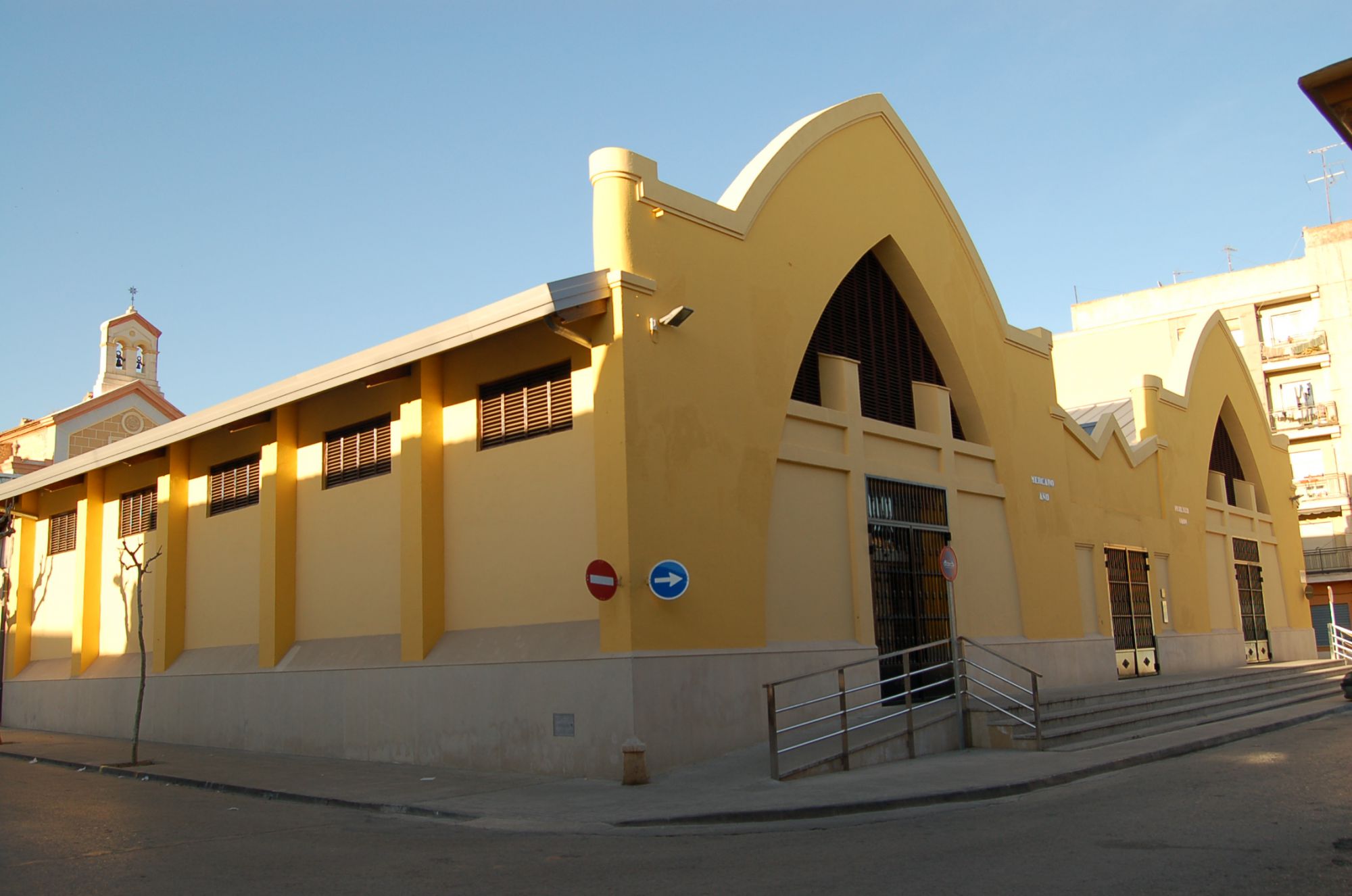 The Municipal Market was built in 1928. Triangular in shape, its interior space is open distributing the sales points taking advantage of the available space. Its austere decoration interrupted by a simple skirting board that runs along the outer perimeter does not make it stand out given the functional character of the building, but it does have the central place it occupies in the center of the square. From the outside we can see two symmetrical bodies covered with a gable roof. The market has recently been refurbished, facilitating accessibility and homogenizing the interior appearance and image. ADDRESS
46380
Cheste, Valencia
CONTACT
Ainhoa Más
960616261
cheste_tur@gva.es PERIOD
1920-1929 CATEGORIES
Markets
MORE INFO

OUTDOOR FEATURES: Car parking.
ATMOSPHERE: Easy access space (ramps and automatic doors), austere, simple and functional.
ACCESS: There is a pedestrian plaza with an underground parking behind it that leads to the hermitage.
STORAGE: Warehouse in ine side of the market to deposit merchandise.
RESTRICTIONS: Opening hours: Monday to Saturday from 8 a.m. to 2 p.m. Friday also from 5pm to 8pm.
PARKING: Underground parking.
ACCESS HOURS: Monday to Saturday from 8 am to 2 pm and Friday also from 5 pm to 8 pm. Saturday from 8 a.m. to 2 p.m.
PROPERTY: City Council of Cheste