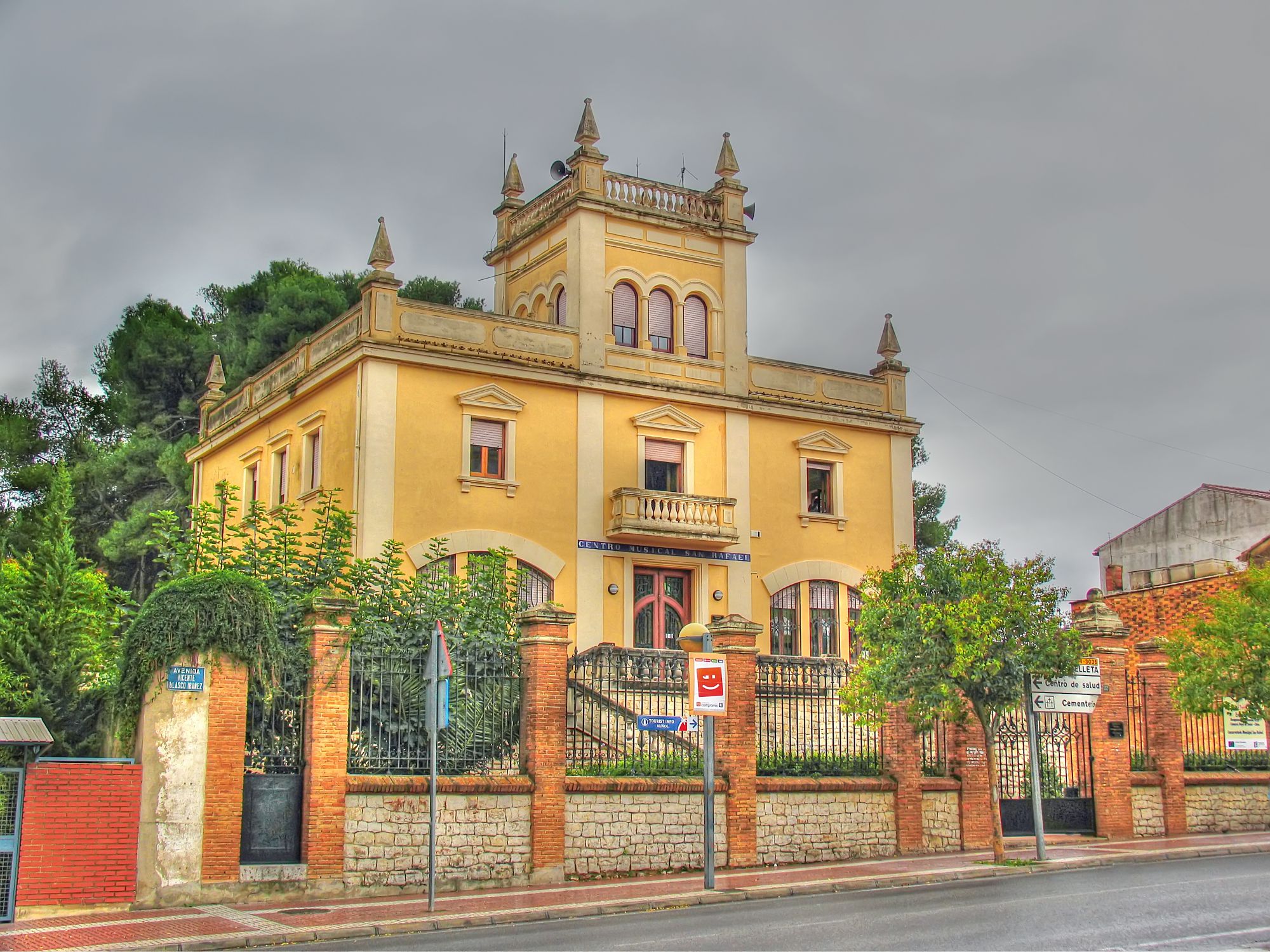 The San Rafael Music Conservatory is a modernist-style villa from the beginning of the 20th century. It has three floors and incorporates a tower decorated with balustrade and pinnacles. The whole body rests on masonry walls that incorporate a double staircase with balusters. Inside, the decoration focuses on motifs of floral wreaths, friezes and false sgraffiti of eighteenth-century inspiration and a modernist floor. The various interior openings feature baroque-inspired moldings. ADDRESS
46360
Buñol, Valencia
CONTACT

Covered outdoor stage with gardens and bar service, located on the outskirts of the town with parking spaces...

The Montecarlo Theater was inaugurated in 1953 and belongs to the Musical Society "La Artística". Has a capacity for...

The Turche cave is located on the right bank of the Juanes river, between the terms of Buñol and Yátova. It is a...

The San Rafael Music Conservatory is a modernist-style villa from the beginning of the 20th century. It has three...

The San Luis Municipal Auditorium is located on the San Luis promenade, next to the hermitage dedicated to the Saint...

The San Luis Park is an urban park located at the west end of the town between the Cuco road and viewpoint and the...

The modern Fluvial Park has allowed the recovery and transformation of the Buñol River bed, from the Parque de...

The Molino de Galán (Galán Mill) is an example of pre-industrial heritage and a symbol of the importance...

Paper factory built in the second half of the XVIII century, at the beginning of industrialization in the region. It is...

The church of San Pedro Apóstol has a Latin cross plan with a central nave composed of four sections that...

The history of the Tomatina goes back to 1945. Some young people who expected to see the parade of giants and big heads...

The Church of El Salvador is located in the middle square of the Castle. The church is formed by a single nave with a...

The Old Quarter is a network of streets that lead into small squares. Around its 13th-century castle, we can see an old...

The Buñol Castle is made up of two enclosures located on a rocky ridge between the Buñol river ditch and...